Happiness in Versailles in the 17th century

…I went for a stroll in the gardens of Versailles Castle. Gold and marbles are a testimony of past fastuous living.

Louis XIV, the Sun King extended drastically the castle under his reign and transformed it in a jewel for festivities. It was then that classical french arts flourished.

Now children are running barefoot in the green. Old couples, hand in hand, listen to the wind flapping tree leaves. But still, when you get lost in the maze, you could swear you heard famous writers from the golden age whisper.

Here is what they said about happiness …

Bossuet was born at Dijon, in Burgundy, in 1627. He was a  catholic preacher. “Human happiness is composed of so many pieces, that it always misses some”

Corneille was born at Rouen, in Normandy, in 1606. He was a famous dramatist. “We never taste happiness in perfection, our most fortunate successes are mixed with sadness.” “Happiness seems made to be shared.”

Molière was born at Paris, in 1622 . He was a playwright. In French we say Shakespeare’s language for English and Molière’s language for French. He played a major role in French literature. « Unbroken happiness is a bore; it should have ups and downs. »

Jean de La Fontaine was born at Château-Thierry, in Champagne, in 1621. He was a poet and fabulist. I am quite sure that 99% of French people have learned or read one of his fables. “We ought never to scoff at the wretched, for who can be sure of continued happiness?” 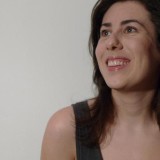