The chemistry of happiness 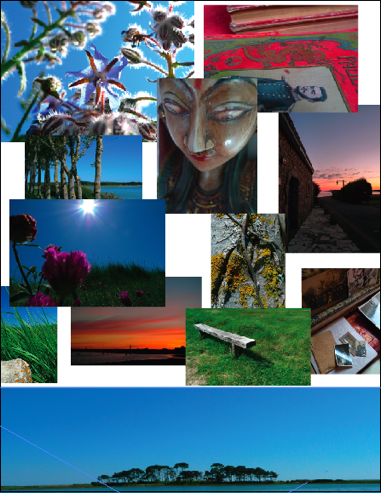 Our body is a machine, a fined tuned machine, an unbelievable partner. I don’t know how you see your body but its mechanics are amazing. I ask “pull tongue to little boy” (bad bad girl), “shake but on dance floor”, “take fork, bring food” and you know what, my body does it for me! But that’s only one part! Once I have enjoyed that meal, he digests it and does all the work without me asking for it or even understanding how he is doing it. I may sound foolish but it is a miraculous thing to have a body. When I think about all what my body is doing for me, I often wonder why I am so cruel to him at times.

Anyway, that’s not the subject. My point today is to explore the chemicals of the body that induce happiness.

In the synapse, the space between two neurons, two neurotransmitters have been identified to be major players in affecting our moods: serotonin and dopamine.

Dopamine acts as a pacemaker: if we have too much, we are restless; too little, we are slow. Serotonin acts as an antidepressant. If you produce a lot of it, you have a tendency to have a positive representation of the world. However, the production of serotonin obeys to a genetic determinant.  Certain genes produce long proteins, which enables them to carry more serotonin.

But if those neurotransmitters are the key to happiness why is there a gap between the day a patient swallows his pill and the effect? Why do antidepressants reduce negative emotions, such as anxiety and fear, but do not seem to boost optimism or extroversion?  (1998 study – Brian Knutson)

In addition to the neurotransmitters, hormones would also have their say in the mechanics of happiness. Among them, endorphin is a molecule secreted into the brain, blocking the transmission of painful stimuli. That’s why sport is key to happiness since 30 minutes of exercise will increase your endorphin secretion five times. Other hormones might have a role to play such as estrogen or testosterone.  Even if they have clues , scientists are still investigating the chemistry of happiness.

If tomorrow, the pharmaceutical industry launched a pill that would trigger all the right hormones and neurotransmitters for happiness, would you take it? Isn’t happiness also the joy of overcoming difficult times? Isn’t sadness necessary?

Imagine that one day such a pill could be used to make everything OK. A dictator, a guru, any abusive person could drive users because you are happy, happy, stupid! I really doubt that the chemistry is our way to happiness just like the Dollhouse guy said, happiness is nothing without awareness or even will.